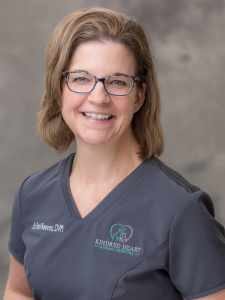 Dr. Keri Reeves grew up in Rhode Island. She attended Stonehill College in MA where she graduated with a Bachelor of Science degree in Biology and then went on to NC State University College of Veterinary Medicine and received her DVM in 2003. She and her husband met here and remained in the south with their 2 children. Her furry family includes a crazy rescue Beagle and 3 sweet kitties. Dr. Reeves’ goal was to become a veterinarian ever since she was in elementary school. She combined her love for science, math, animals, and people into a career.

Her mission is to provide the best and most up to date care for her clients and patients with compassion at all times. Dr. Reeves is a Fear Free and Cat Friendly practitioner and has served on several committees for the American Animal Hospital Association. She has a strong passion for internal medicine and senior pet care, and truly enjoys getting to know her clients and her patients over the duration of their lives. Dr. Reeves has worked in the triangle area for over 16 years. 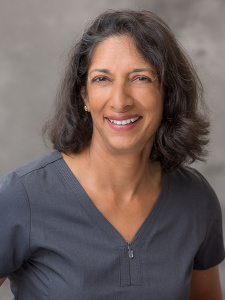 Dr. Sunita Driehuys has been a practicing small animal veterinarian since 1994, when she received her veterinary degree with magna cum laude honors from the University of Pennsylvania. She furthered her training with a one year internship that emphasized emergency and critical care medicine and practiced at several high-caliber small animal practices in the Triangle. These experiences led to her desire to create a veterinary practice that could combine the highest quality veterinary care with personalized attention and relationships. This vision was fulfilled through Chapel Hill Mobile Veterinary Housecalls, which is now a part of Kindred Heart Animal Hospital. Drs. Reeves and Driehuys have been friends and colleagues for 25 years and are excited to be working together again.  Dr. Driehuys has been certified as a Diplomate by the American Board of Veterinary Practitioners (ABVP) specializing in canine and feline practice since 2008.

She lives in Chapel Hill, NC with her husband and has 3 grown sons, a dog and 2 cats.  She enjoys cooking, volunteering with feral cats and supporting her family’s ultimate frisbee endeavors. Angela grew up in Pennsylvania but has called New York, Massachusetts, and North Carolina her home. She developed her love of animals from her mother who raised and bred Persian and Himalayan cats.

She graduated in 2003 with a degree in Veterinary Technology from Mount Ida College in Newton Massachusetts. It was after this that she met Dr. Reeves where they worked at a small animal hospital outside of Boston. A few years later they reconnected here in North Carolina. They have now been working together for almost 15 years.

Angela has worked in general practice for most of her career although she has spent some time working at an emergency clinic and a zoo. Her interests include client education, senior pet care, and physical therapy.

She loves all animals, but everyone knows that she truly loves dachshunds. In her free time, she enjoys baking, reading, watching movies, going to the beach, shopping for things to keep her pups happy, and spending time with her fiancé Morgan, their corgi-lab mix Maddie and, of course, their two doxies Martini and Mo. Kelsi has always had a love for animals, but her passion really began when she was gifted a toy veterinarian cart. From that moment on she wanted to pursue the veterinarian field. She’s worked alongside animals for the past 10 years and couldn’t imagine doing anything else. Knowing she can contribute to the wellbeing of animals brings Kelsi the utmost joy. She has a Great Pyrenees, 2 lab mixes, 3 cats and a corn snake! She looks forward to continuing her care for animals at Kindred Heart Animal Hospital. Jayne got into veterinary medicine because of her love animals. Growing up she had many household pets including several chickens. This inspired her desire to help animals. An opportunity came up for her in high school. Jayne was able to earn college credit while working at a veterinary hospital through ROP (regional occupational program) in Southern California. That is how her career got started. She has been working in the veterinary industry ever since.

Her love of animals and nurturing personality makes this an ideal field. She has an Associate of Science degree in Veterinary Technology from Mt. San Antonio College in Walnut, CA. She has been a registered veterinary technician in North Carolina since 2008. Helping animals makes her so happy. She loves to see the animal human bond. It is so special! Animals bring us joy, love, and purpose. It is her absolute pleasure to be able to help these special members of our family.

Outside of work Jayne loves to hang out with her fur babies and husband. She has three pets total: two Persian cats Cubby Bear & Duchess Grizzly Bear, & Agave Queso the long haired teacup chihuahua. In her free time she watches crime mysteries, hikes, and take naps. She’s a major foodie and loves to travel. Jayne is very happy to be a part of the Kindred Heart Family. Born and raised in Central Wisconsin, Hailey has lived in North Carolina since 2015. From her grandparents’ horses and chickens to the family dog, she has always had a love and passion for animals.

Although a recent graduate from Central Carolina Community College’s rigorous Veterinary Medical Technology program, she has worked in the veterinary field over 7 years; 5 of those years were spent working along side Dr. Reeves.

Hailey has worked in general practice all her career as well as with some reproductive specialists, but her true passion lies in surgery and anesthesia.

Anyone that truly knows Hailey, knows that she loves bulldogs most of all, but also enjoys spending her time crafting, exploring, and relaxing on the beach with her husband John, English bulldog Dana, and French bulldog Tina.

Kristen is from the midwest, but has called the Triangle area home for ten-plus years. Pets have always been a central part of her life and, among her many adventures with them, her cat KC even joined her for a 1,300 mile drive on the Alaska-Canadian Highway when she was in the Air Force! A graduate of UNC-Chapel Hill with nearly five years of veterinary reception experience, Kristen thoroughly enjoys a lot of things about her job, including the dynamic day-to-day environment.

By far, however, the most fulfilling aspect is getting to interact with others who have a special connection to their fur-babies. Her goal with all of our patients is to help them feel as important to us as they are to their pet-parents; her goal in assisting our clients is to offer the same degree of caring, compassionate support that has meant so much to her when taking care of her own pets over the years. These days, her furry family includes three terriers – Jack, Chelsea and Zoey – as well as a senior cat, Cody. In her “spare” time, she enjoys traveling, working in the garden and, every now and then, reading a good book. DeMario has been working with animals for many years. Since starting his career in high school, he has always had a job dealing with animals whether it was in research, boarding, or veterinary. DeMario went to UNCG as an English major to balance out both his passions: animals and writing. After publishing his memoir “It Gets Better” in 2021, he decided he wanted to take a leap in his other passion with animals. To do that he needed to gain more knowledge which ultimately led him back to Dr. Reeves 🙂 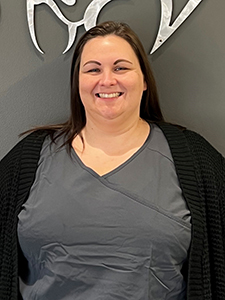 Heather grew up in the same place she now calls home, Snow Camp, North Carolina. An only child, she always loved animals but was never allowed to have any. This may have led to her overabundance of pets later in life. Nine all together at one point!

She has an Associate’s degree in Accounting, but soon realized she was much happier in the veterinary setting. Her career began in 2008 when she got her first job as a receptionist.

14 years later and she still finds happiness in getting to know clients and their furry children. Learning more about different diagnoses and being able to educate clients about them is her interest.

In her spare time, she enjoys listening to true crime podcasts, reading mysteries and thrillers, watching sappy Hallmark movies, crafting and spending time with her rambunctious four-year-old, Wes. She lives with her husband, son and 2 little old lady cats, Priscilla and Daisy. She looks forward to loving and caring for another dog one day. 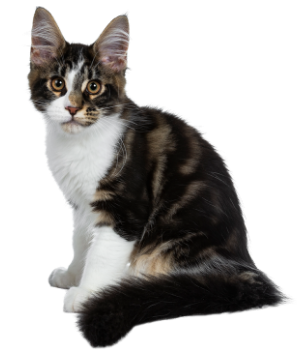